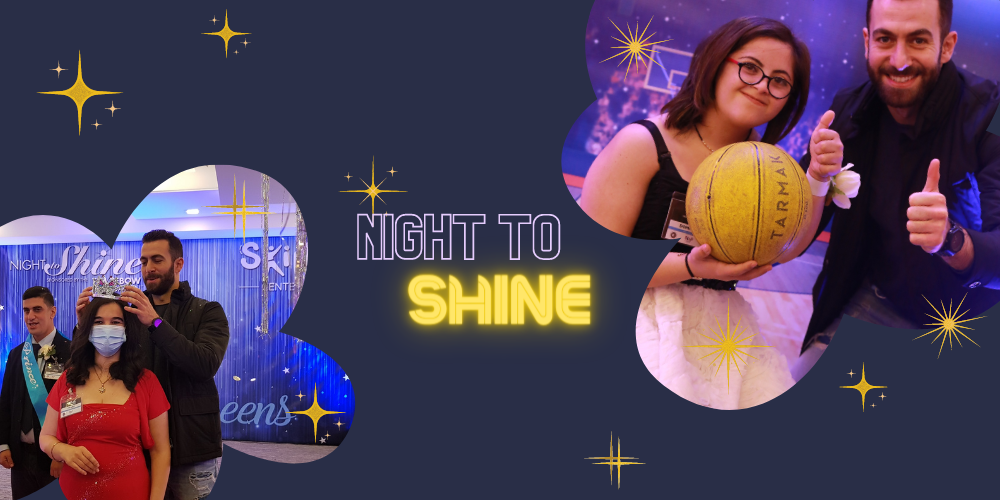 SKILD Center Gives Youth with Special Needs a Prom to remember for the Fourth Year!

The world definitely needs more compassionate young men and women like the one and only Mr. Tim Tebow! Not only is he an accomplished athlete, but he is also a pioneer philanthropist. For whoever heard or attended the Night to Shine that the Tim Tebow Foundation or its partner in countries all over the world – and SKILD Center is one of them – cannot but be dazzled.

It is not everyday that you meet or hear of a young champion with so much empathy for children and youth with disabilities, and who despite his many responsibilities decides one year to give them a one in a lifetime experience. In 2015, as narrated on the foundation’s page, the simple idea to celebrate its  5-year anniversary sparked what is now a worldwide movement celebrating over 100,000 people with special needs annually. The Night to Shine is a prom centered on God’s love for people with special needs held simultaneously around the world on the Friday before Valentine’s Day each year. It is not just an event, but an invitation into a community that values, honors and supports people with special needs and their families.

Since 2018, SKILD Center has celebrated the Night to Shine on the same evening as TTF and its partners all over the world. This year the prom night was organized in 24 countries, among which is Lebanon. Due to special circumstances though, our event took place the week after Valentine’s Day. This year, unlike 2021 when SKILD team decided to go around the long period of isolation by showing up on doors and they were welcomed by young men and women dressed like royalty, SKILD Center heeded COVID-19 differently. The team hosted for the fourth year the annual Night to Shine by inviting the distinguished guests to a lavishly designed prom hall where they were greeted on a red carpet that led them inside the hall where they moved from one booth to another, each individually safely experiencing different fun activities like baking cookies, crafting with beads, having their hair dressed and of course there was the traditional shoe-shining for our young men.

This year’s ceremony was marked by the participation of stars in the field of basketball in Lebanon, especially: Wael Arakji, who was crowned distinguished player of the 2022 Asian Basketball Cup that Lebanon won at the end, as well as Walid Doumiati, Elie Mshantaf, Ghayath Debra and Daniel Baghdadian with several of the Homenetmen players. In addition, the ceremony was attended by actresses Elsa Zugheib and Michelle Wehbe. The presence of these celebrities was a surprise that added more joy and delight to the participants, and also contributed to emphasizing the right of those with strong will to have fun like their peers, and their right to integrate into society despite the challenges that may limit their capabilities.

It is hard to find the exact words to describe this amazingly heartwarming experience. It was so exciting to host the party again and to see all the happy faces of our special needs guests and their companions, family members and caretakers. It was so wonderful to see them enjoying the music and the dancing, and to dance with them, and to see them putting to practice their skills at basketball playing. It was even more exquisite to see our national basketball professional players and heroes arrive to the party one after the other; and to genuinely mingle with our queens and princes, to dance with them and to shoot some baskets together; of course take lots of pictures.

The ceremony was attended by 50 young men and women with strong will, 14 years or older, from the following institutions: The Lebanese Association for Special Education, Resalat Salam, North Autism Center, Robo’na, Step Together, Café Agostina, Arab Autism Association (AAA), ACSAUVEL, La Felouq, and Al Younbouh. There were also individual participants and a number of children of members of the Parent2Parent support group launched by the SKILD Center a few years ago.

We will fondly remember our participants for this year and their thankfulness for taking part in this special party, especially after the last two years, where they were mostly house bound because of the pandemic. For example, Nour from the LASE told our team that she was happy to be at the party because she was having fun; she loved to dance. Mohammad enjoyed the activity where he could do shapes with beads. Whereas Mazen who imitates Michael Jackson very well, and who was very introvert, loves to be on stage.

“It is hard to find the exact words to describe this amazingly heartwarming experience. … It was so wonderful to see them enjoying the music and the dancing, and to dance with them, enjoying the activities … even if it was for one day or one night, to remind them and to remind the world that they are special and that they deserve to be feel and be happy. “

Last but not least we want to express our heartiest appreciation to all SKILD team and to our friends who helped in the activities. In addition, we felt so privileged to have among us our long time supporter Sister Basima Khoury as well as Father Yousef Nasr, who was taking part for the first time, and who was keen to express his gratitude for services that SKILD is offering to individuals with disabilities, trying to remind them even if for one day or one night, that they are special and that they deserve to be feel and be happ

Maysa Hajj joined LSESD in September 2020 as the Senior Administrative Officer. Maysa is not a newcomer to the LSESD community. She returned to LSESD after a brief interruption of a journey that lasted 7 years (from 2011 until 2019). Working at LSESD turned out to be the ultimate environment for sharing the knowledge and skills she had learned and developed over nearly 10 years of university studies at the American University of Beirut and another 10 years serving at the Institute for Women’s Studies in the Arab World at the Lebanese American University.

Not Another Schedule!? How can I provide my child with structure at home? You might…