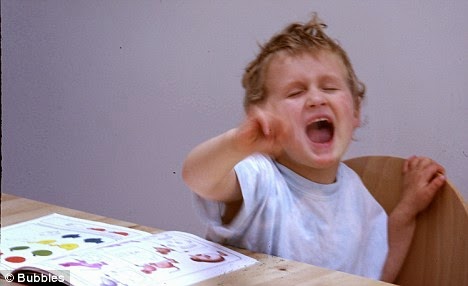 Tips for Parenting a Child with Autism

The shock of finding out your child has autism is life-changing for most parents. But new findings show parents can fare well emotionally and still have a strong bond with their child.Studies into the coping skills of mothers of children with autism confirm that they are more likely to report “poor or fair” emotional and mental health than other moms, but they are also more likely to show remarkable strengths.
These findings, published in the journal Pediatrics, come from a nationally representative survey of almost 62,000 mothers of school-aged children, including 364 mothers of children with  autism.Researchers concluded that moms of children with autism were just as likely as other moms to report having a close relationship with their child are five times as likely to do so as mothers of children who had other developmental problems (not including autism).
Autism and other pervasive developmental disorders (or PDD) typically begin before age 3. They are a complex group of developmental disabilities marked by great difficulty in social interaction and communication. Difficulties on the spectrum range from mild to severe.
If your child has autism, you know how this developmental disorder can disrupt every part of your life — your relationships, physical and emotional health, and career aspirations. But there is hope and help. Consider the following strategies as you tackle the special challenges and receive the unique joys of parenting a child with autism.

A native from the state of Colorado, USA, Emily first came to Lebanon in 2016 to volunteer teach at a summer English camp for refugees hosted by one of LSESD’s partner churches in Zahle. Upon arriving in Lebanon, she immediately fell in love with the country and knew that she was destined to come back for the long term. After completing her master’s degree in Linguistics at the Free University of Berlin, Emily was finally able to realize her dream of moving to Lebanon. In August 2019, Emily Hoppin joined the LSESD team as its Communications Officer. “Working at LSESD is like putting that missing piece into a puzzle. For the first time in my life, everything fits,” she states. With a knack for languages, writing, and connecting with people, Emily feels as though all of her skills, talents, and passions have finally come together in one place through her work at LSESD. Just as her first name means “industrious”, Emily believes in hard work and perseverance. Allowing Colossians 3:23 to guide her work ethic, Emily seeks to serve the Lord in her role at LSESD with all of her heart, mind, soul, and strength.

With one in 88 children and one in 54 boys affected by autism, the world’s…